AJR's fourth studio album, OK Orchestra, released in March 2021 featuring the hit singles "Bang!," "Bummerland," "My Play," and "Way Less Sad.". AJR, The OK ORCHESTRA Tour comes to Sunlight Supply Amphitheater on Wednesday, June 15th 2022. The Orchestra theme continues throughout this new-album with the band using even more instruments than normal, though, normal is a lot, so there’s a lot, a lot more instruments! It’s a very upbeat album with some personal and emotional tracks. Grab your tickets now, Adventure Is Out There, so start your 2022 with a Bang and make sure it's Way Less Sad! 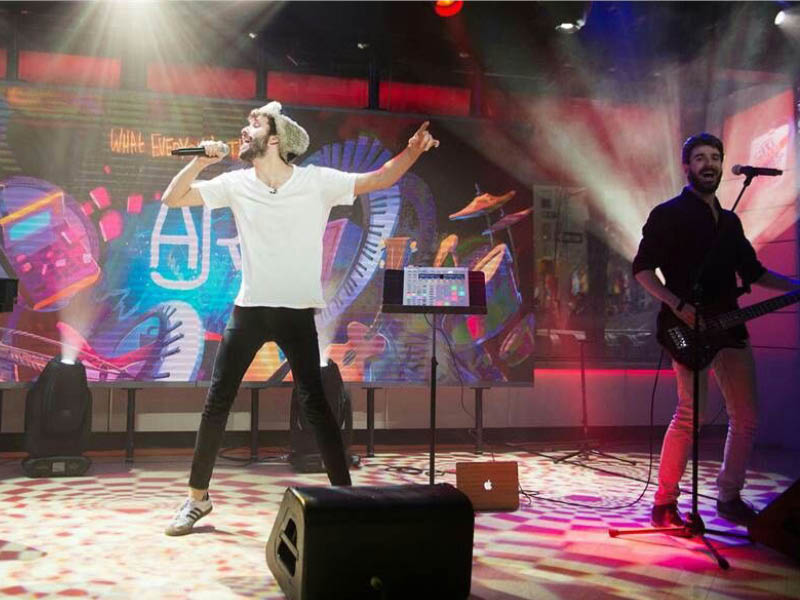 The Multi-platinum, and award-winning indie pop trio AJR, are multi-instrumentalist brothers Adam with vocals, bass guitar, programming, samples and percussion, Jack with lead vocals, guitar, melodica, ukulele, drums, percussion, keyboards, synthesizers, samples, programming and trumpet, and Ryan Met with vocals, programming, keyboards, ukulele and trumpet.
OK Orchestra, is the brand-new album from AJR, debuting at number 1 on the Billboard Alternative and Rock and number 10 on the Billboard 200 charts on release, it features the single, "Way Less Sad" which is poised to be one of the biggest songs of the summer, so far generating more than 80 million streams, and is spending its ninth-strait week on the Billboard Hot 100, peaking at number 4 on the Rock Airplay and number 5 on the Hot Rock & Alternative Songs charts. The single “Bang” entered the Billboard Hot 100 chart at number 99 and peaked at number 8, becoming the band's first top 40 entry and first top 10 entry. AJR performed "Way Less Sad" and their platinum hit "BANG!" at the 2021 Billboard Music Awards, and took home their first-ever Billboard Music Award for Top Rock Song with "BANG!"