If you want music that speaks to the soul while still making you want to dance like no-one's watching, you'd better get yourself to Sunlight Supply Amphitheater on Saturday 22nd August 2020 for the Everything, Everywhere Tour! The tour brings together two quality headline acts – uplifting indie-pop trio AJR and genre-defying singer/songwriter/rapper Quinn XCII – that are a perfecting pairing, and they'll leave you feeling like a million bucks! Joining them in support are punk poetry band Hobo Johnson and The Lovemakers! 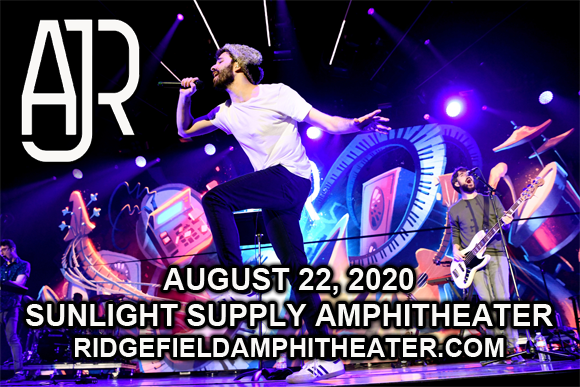 Growing up on a steady musical diet of Motown, Detroit-native Quinn XCII (aka Mikael Temrowski) began making music while at Michigan State University with his friend and producer Ayokay. He began as a hip hop artist, uploading rap videos to YouTube, but began to involve other genres of music as he progressed, taking influence from pop, reggae, and EDM, amongst other styles. The performer made his full-length debut in 2017 with the album The Story of Us, which was released on Columbia Records, and was preceded by the single "Straightjacket." From Michigan With Love, his sophomore album was released in February 2019 and launched the singles "Werewolf" (with Yoshi Flower), "Sad Still", "Tough" (with Noah Kahan) and "Life Must Go On" (with Jon Bellion). Quinn XCII's music is notable for its juxtaposition of a cheery, upbeat sound and candid, often melancholy lyrics. His latest singles are "Stacy" and "Two 10s".