Admit it. You're addicted to Jagged Little Pill; and this has been going on for 25 years, right? Well, you are not alone. Legions of Alanis Morissette fans have been obsessed with this breakthrough album. Now get that ultimate high as Alanis Morissette is now on a tour de force, taking the 'Jagged Little Pill tour' to many parts of the country. Say 'thank u' to your alt-rock gods for they have aligned the stars to move towards the direction of the Sunlight Supply Amphitheater on Tuesday 2nd June 2020, as Alanis Morissette will set this concert stage ablaze. Hot ticket alert! Book your tickets now! 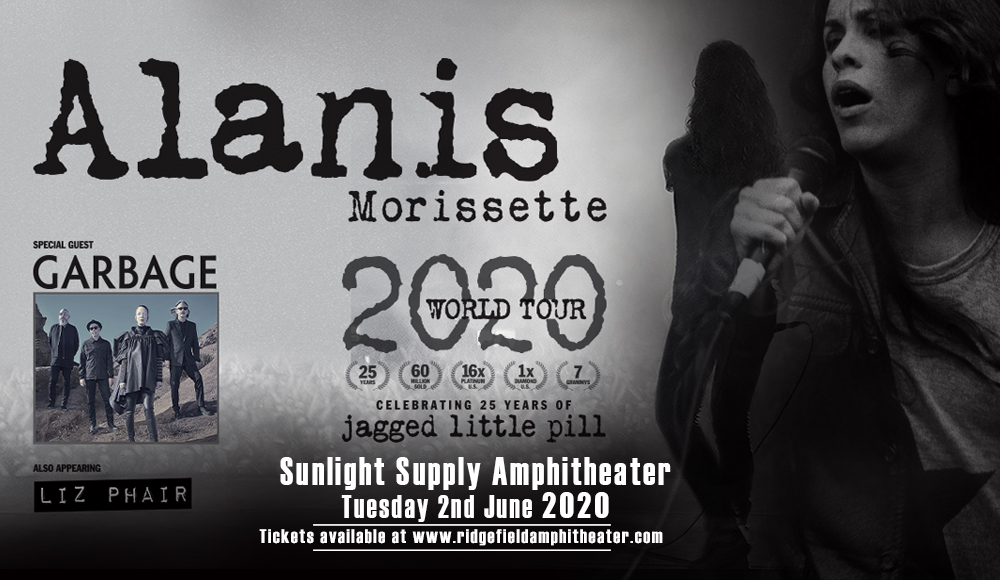 Alanis Morissette's album "Jagged Little Pill" is truly a game-changer. When it dropped on the music scene in the year 1995, it shock the world, and yes, we still feel the aftershocks since its release 25 years ago. “You Oughta Know”, “Head Over Feet”, "You Learn", "Ironic", somehow allowed its listeners hop on a rollercoaster ride of emotions ranging from rage to romance, angst to anxiety, regretting to rejoicing…

Now considered as a rock classic, "Jagged Little Pill" gave Morissette a whopping sales record of 33 million copies globally. The album earned a spot on the Rolling Stones original “500 Greatest Albums of All Time”, at spot 327. It also earned raves from critics, plus seven total Grammy nominations (across three ceremonies), including four wins at the 38th Grammys for Album of the Year, Best Female Rock Performance, Best Rock Song, and Best Rock Album.

Not getting tickets and missing out on this show would be likened to having rain your wedding day… Say 'not this time'. Let the sun shine in by booking those tickets now!