If you feel like your Friday night is too hardcore to spend watching a single rock band concert, then the Alice in Chains and Breaking Benjamin's Friday concert is clearly the one for you. Two of the biggest rock bands will be joining forces in an evening of back-to-back superb rock performances at the Sunlight Supply Amphitheater, Ridgefield, this September 2, 2022. Rock fans will be in for a treat as Alice in Chains perform their iconic songs from their classic albums like "Dirt" and "Facelift," as well as fan favorites from their more recent releases "Rainier Fog" and "Black Gives Way To Blue." On the other hand, Breaking Benjamin will surely perform their current hit "Aurora" and many other classic hits. As part of their American tour 2022, the two bands will put on an incredible night of rock in Washington's famous amphitheater with special guest BUSH. Thus, fans can expect not only two epic bands but three! So make sure to click on the "Buy Tickets" button for you to reserve your tickets as early as today! 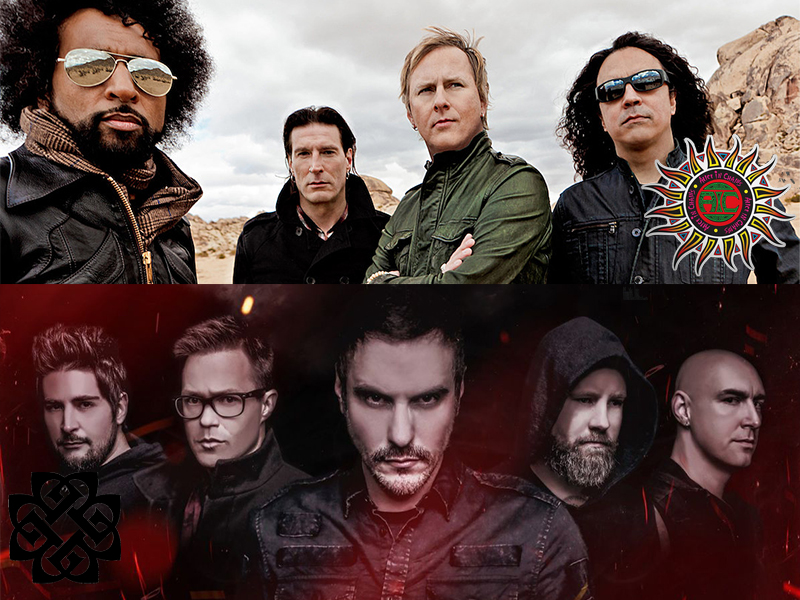 For any certified rockhead, the bands Alice in Chains and Breaking Benjamin are two household names that have been rocking the music scene for quite some time.

Alice in Chains is a rock band from Seattle, Washington, formed in the late '80s. The band rose to prominence as part of the grunge movement of the early 1990s. Other notable bands that are part of the movement include other Seattle bands such as Nirvana, Pearl Jam, and Soundgarden. AIC was able to produce six (6) studio albums from 1990 to 2018 and gave fans hits such as "Man in the Box," "Rooster," "We Die Young," "Got Me Wrong," "Angry Chair," and "Would?" among many others.

Breaking Benjamin, on the other hand, is an American rock band from Pennsylvania formed in 1999 by lead singer and guitarist Benjamin Burnley and drummer Jeremy Hummel. The band released six (6) studio albums, with "Saturate" as its debut in 2002. The latest one is entitled "Ember" released in 2018. Their hits include the most recent "Aurora," and "Far Away," and other classics such as "Dear Agony," "Dance with the Devil," and "Give Me a Sign (Forever and Ever)."

With these two bands headlining an epic tour, fans can expect to be jamming along with one rock song hit to another.

"We're looking forward to finally hitting the road again this summer. It's been too long and we can't wait to get outdoors and share a night of music with our fans again," said AIC's Sean Kinney in an interview about the upcoming tour.

The two bands will be touring along with the British rock band, Bush. Formed in the early 90s, Bush has given the rock world hits like "Glycerine," "Come Down," "Machinehead," and many more! With this epic lineup, one can expect to be jamming along thousands of fans. So before you run out of tickets, make sure to buy yours now! Click on the "Get Tickets" to secure tickets for you and the rest of your concert buddies!