Country music fans get ready as the mega superstar Tim McGraw has announced his 'Here On Earth' tour dates for this upcoming summer season! Make sure to beat the rush and grab your tickets before it's too late! Tim McGraw will be live on stage at the Sunlight Supply Amphitheater on Saturday 29th August 2020! 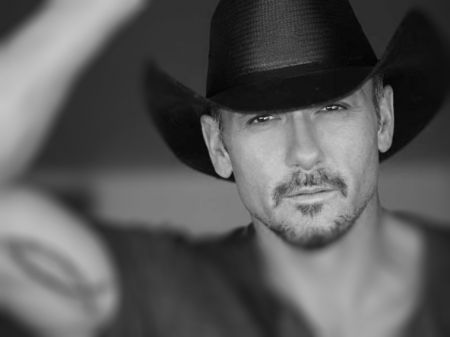 With his outstanding work throughout the country music scene, Tim McGraw has become a global superstar name known for his wide collection of chart topping hit albums and singles. As one of the most successful artists within the genre, Tim Mcgraw has escalated all expectation, giving his fans satisfaction with his flawless recordings and non-stop exciting concert experiences.

Tim McGraw has had a long standing successful career with his chart topping collection of singles and album releases throughout the last two decades and more, he first hit the ball rolling with his debut album released back in 1994. Not a Moment Too Soon hit the big time and became the top album of the entire year within the country genre, escalating him into the spotlight for many years to come.

His initial success from his breakthrough paved a way for an impressive fifteen studio records and ten of which made it to the number one spot on the Top Country Albums. Tim McGraw has given to the world consistent exciting singles such as "It's Your Love", "Just to See You Smile", and "Live Like You Were Dying" which were featured as some of the best songs to make their way out of country during the 1990s and early – mid 2000s.

As one of country's best loved artists, Tim McGraw has gained nothing but the most positive praise for his work. His music has led him to take home countless of awards such as three Grammy's, fourteen Academy of Country Music awards along with so many others! These iconic triumphs have proven just how talented he is and how well received his music has been.

If you have the chance this coming summer season to be a part of Tim McGraw's live dates then don't let it pass you by – you can now book your tickets right here for the time of your life!