The one and only Bob Dylan will be heading out on his Never Ending Tour this summer, which hits up 38 cities across the US and comes to Sunlight Supply Amphitheater on Saturday 6th June 2020! The Never Ending Tour is a regular stint that the veteran performer has regularly embarked upon since the 1980s, and sees him delighting fans with a carefully curated and varied set of hits, rarities, and covers from throughout his remarkable career! It immense talent to open for a performer such a Bob Dylan, and thankfully there are two on this tour: Nathaniel Rateliff and The Night Sweats & The Hot Club of Cowtown! 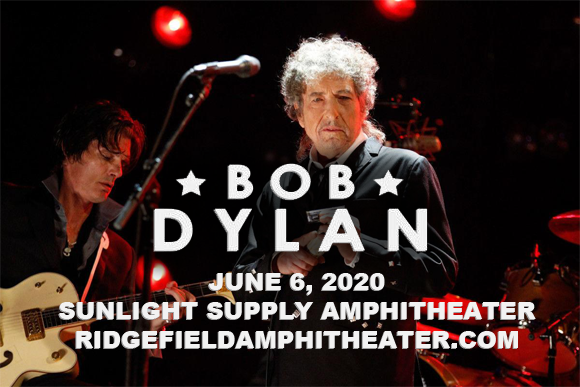 One of the world's best-selling artists of all time, with over 100 million albums sold worldwide, Bob Dylan is also one of the world's most celebrated and iconic songwriters. Dylan rose to fame at a time of profound political turbulence, and his anti-war, pro-civil rights songs challenged the status quo and put into song the feelings of the youth, making him the voice of a generation. His poetic, subversive tunes set him apart from anyone else who came before him and influenced countless musicians that have come since. His earlier folk-influenced work, like "Blowin' in the Wind" and "The Times They Are a-Changin'", made him a hero of popular culture and when he made the somewhat controversial move to electronic instrumentation in the mid-1960s, he released some of the most influential rock albums of all time – Bringing It All Back Home (1965), Highway 61 Revisited (1965) and Blonde on Blonde (1966). He has continued to tour and record throughout his career, touching upon many different genres of music. For his contributions to music, he has been awarded the Presidential Medal of Freedom, ten Grammy Awards, a Golden Globe Award, and an Academy Award. He has been inducted into the Rock and Roll Hall of Fame, Nashville Songwriters Hall of Fame and the Songwriters Hall of Fame, and in 2008 the Pulitzer Prize Board awarded him a special citation for "his profound impact on popular music and American culture, marked by lyrical compositions of extraordinary poetic power." He has also been awarded the Nobel Prize in Literature "for having created new poetic expressions within the great American song tradition."