'We don't talk about Bruno, no, no, no! Although, the talk of the town is coming your way! Get ready to sing along to "We Don't Talk About Bruno", "Surface Pressure", "All Of You" and the rest of the Encanto soundtrack as they come to life at Encanto: The Sing Along Film Concert, showing at Sunlight Supply Amphitheater on Monday, 18th of July 2022. Brought to you by Disney Concerts, it's a "one-of-a-kind" concert and film experience where a live band leads audiences in performing Encanto's hit soundtrack in sync with the film. Disney highly encourages everyone to sing along with the crowd in this one-of-a-kind Encanto experience. Book your tickets now! 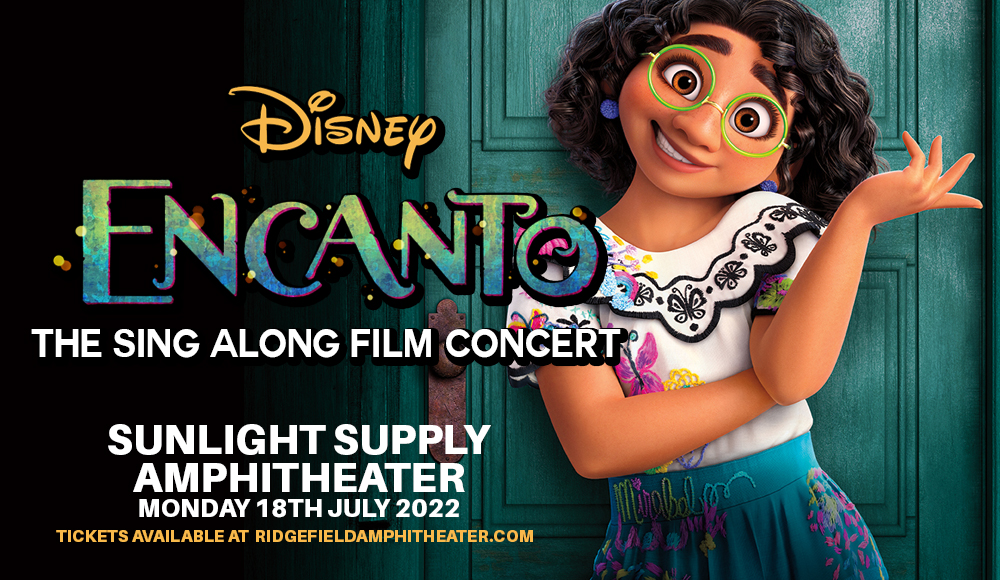 Disney Concerts presents "Encanto: The Sing Along Film Concert" where audiences are taken on a one-of-a-kind film and concert experience where a live band plays hit songs off of Encanto live on stage, in sync with the film.

Encanto follows the journey of the Colombian family, the Madrigals who have magical gifts that allow them to help their community called "Encanto", except for Mirabel Madrigal who does not have such magic. When she learned that her family is losing their magic, she embarks on a mission to seek answers and save her family and their magical house.

The 2021 Walt Disney animated film bagged multiple awards including Best Animated Film at the Academy Awards, the BAFTAs, the Golden Globes, the Producers Guild of America, and the National Board of Review.

Though there aren't any gonna be live characters on-stage, Encanto's Billboard 200 chart-topping soundtrack comes to life with an on-stage band inviting the crowd to sing-along in sync with the movie. It's a new magical experience with the Academy-winning film Encanto at Encanto: The Sing Along Film Concert.

Amassing critical acclaim for its characters, animation, music, and cultural representation, Encanto has become a global favorite Disney film. Much-loved by audiences for its emotional depth and tracks that get viewers hooked, Encanto: The Sing Along Film Concert allows audiences to immerse themselves into the film by singing along with the Madrigals, led by a live on-stage band performing their hit tracks in-sync.

Get ready to sing along to "We Don't Talk About Bruno", "Dos Oruguitas", and many more songs off of the award-winning film Encanto at Sunlight Supply Amphitheater on July 18, 2022. Book your tickets now!